NYT -ensemble album ”Nature poems” from 2002 released on spotify and other stream platforms in december.

Ketola &Nyqvist duo Double image released on spotify and other platforms in december:

Working at Wasa teater with music for plays and as conductor:

– West side story (at Vaasan kaupunginteatteri as pianist)

Moments from K for string quartett and dance performance in Vasa 28.9, Seinäjoki 30.9 and Jakobstad 1.10. Produced by Malviniemi Company.Moments from K

CD release of the album with OJS 13.9. Spotify

Performing new music from the record ” De bergtagna” with OJS on Etno-espa in Helsinki 6.8. Etno-espa

Conducting and playing in the musical Botnia Paradise at Wasa teater in the fall. 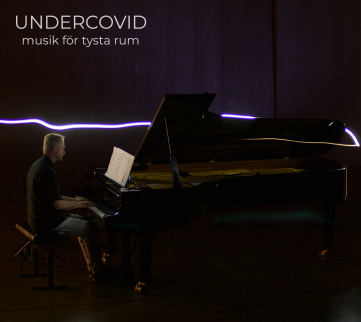 Premiered music for choreography and string quartet to the project “Dance all year long” in Kokkola/Karleby. The music is 4 movements for strings and choreography for 2 dancers made by Mia Malviniemi. Moments from K premiered in 6.8.2020 in Kokkola. Keski-Pohjanmaan kamariorkesteri

Composing music in april-may for solo piano to be recorded in june-july by myself. A solo record project during the pandemic with financial support by Svensk kulturfonden( The swedish culture foundation i Finland). The idea is to use pianos that can’t be used because off the lock downs on different locations in Osthrobothnia. The music will be released in the fall as a musical documentation of my compositions and solo playing but also as an document of the unusual time of the pandemic.

Composing string quartet music for performance with for Malviniemi dance company in august.

New composition for BRO big band concert i may in Vasa and Pietarsaari.

Musical director for Fiddler on the roof at Wasa teater from august 2019. Spelman på taket

Conducting/teaching on the big band camp in Parainen from 22-26.7. Big band Camp at Pjukala

Playing with Ostrobothnia jazz sextet in Turku and Tammisaari in April and May. Sibelius museum

One week in residence at Villa Vikan in February. 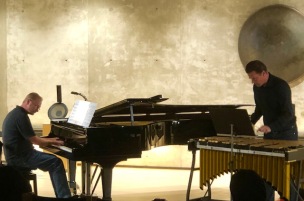 Working as curator for BMU (wind music projekt in Finland and Scandinavia) 2018. BMU

One week in residence at Villa Vikan in May to make and rehearse music for uppcoming recording  sessions with duo Double image in June.

Playing and rehearsal new music for and with Fort big band in April and May. FORT BIG BAND

Playing with Emma Klingenberg in Jakobstad.

Working with arrangements in Verona in February for Topelius concert with orchestra and  vocal soloists.

A performance for dance, two musicians, sound designer and video media about our relation to the environment. Photo: Marcus Lervik

New record out with music by Anna Kruse and lyrics by Edith Södergran. Arrangements for big band and vocal group and Anna K. Nordisk Big Band poesi by The Pagsberg Big Band and vocals. My arrangements are SKUM and STJÄRNENATTEN.

New record with vocal group Nya toner and my arrangements of old folksongs from Finnish/swedish tradition for male vocals and jazz group.

Conducting the Swedish school music event (Skolmusik 2017) concert in Korsholm with 7000 children in the choir i May. DUNK

Conducting own arrangements for big band and sinfonietta in concert with “American songbook”  repertoire in Jakobstad. Schaumanhall

In residence in Verona writing arrangements for Anna Kruse and “The Big band and the vocals” in Denmark. Facebook

Arrangements for the concert “Spegling” with artists and music from  Finland-Swedish tradition. Kulturfonden

Playing /conducting in Stockholm  on the swedish-finnish chamber of commerse 80 years anniversary at the hotel Grand.

Recording my arrangements of music by Astor Piazzolla with Ostrobothnia  jazz Sextet in august.

Conducting/teaching on the big band camp in Parainen from 25-29.7. DUNK- homepage

Conducting a musical showcase in Pietarsaari in May.New Music Theatre

Heres a tribute to Astrid Lindgren. An arrangement for Brassquintet with here most famous songs. YouTube score

Celebrating my 50-year birthday at the Bocks brewery in Vaasa having jam session with my family and friends 30.3

Playing music of Lars Gullin with Micke Lånbacka in Vasa 17.2

Premier of People II in Pietarsaari at the RUSK chamber-music festival 19.11

Gig with music of Dave Brubeck with jazz quartet at the Doobop club 14.11

Premier of the musical ”Sugar ” in the Tampere theatre 10.9

Gig with Double image in Vasa at the culture night festival 6.8

Residence in Cite International Paris in March and April